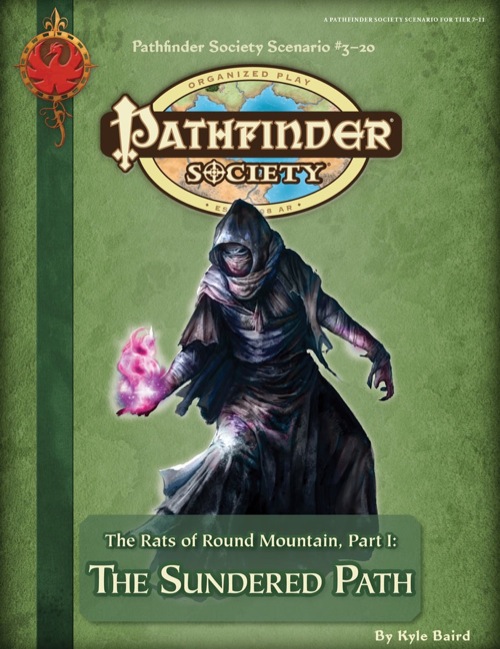 
In an effort to prevent an alliance between the Aspis Consortium and a contingent of ratfolk with incredible regional influence, the Pathfinder Society sends its best agents deep into a Darklands passage to the heart of Round Mountain, where the ratfolk hold court. But as is often the case for Pathfinders, the journey is an adventure unto itself, potentially deadly enough to prevent the PCs from reaching their destination at all.